Social cartography is a participatory method of collective research. It departs from an integrative perspective from which it is understood that reality is constructed culturally by people, from their cultural, interpersonal and political experiences. All these experiences influence, in turn, on mental, graphic, subjective and material representations of the socio-cultural context.

According to Habegger and Mancila (2006: 6), social cartography allows us to know and to build a comprehensive knowledge of the territory so as to collectively choose a better way of living it, from a better understanding of the territorial reality, of how we live our own territory and of how we build the future territory we want.

From this perspective, we understand social cartography as a process of participatory urban planning in which the actors themselves re-think the territory from the map. They put in the centre the knowledge and memories of the people who live in it and they seek collective solutions from citizen participation and from the dialogue between different actors.

Rethinking the City: Collective Social Research from the Social Mapping 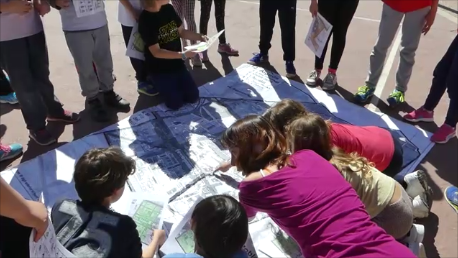 An initiative promoted by the Institute of Management of Innovation and Knowledge – Ingenio (CSIC-UPV) and the teacher of the 4th Primary School CEIP Vicente Gaos  who tried to connect the students with the territory, from reflection-action on their own bodies, homes and neighborhoods of the district of Algirós, in order to contribute to the exercise of the right to the city and human and sustainable development.

Video of the process

For more information, you can consult the following publication: 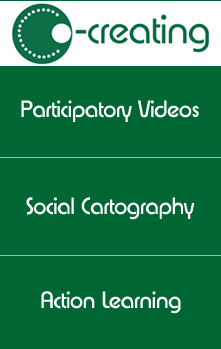